Due to its characteristics like agility, speed, efficiency, lightweight, and portability, Docker Containers allow you to compartmentalize applications and software to distribute applications across multiple computing environments to optimize cost and performance.

Docker Containers are highly scalable, It takes only a few seconds to provision Containers, and based on the application needs, any number of Containerized applications can be provisioned to handle the peak load, and once the demand subsides these containers can easily be destroyed. 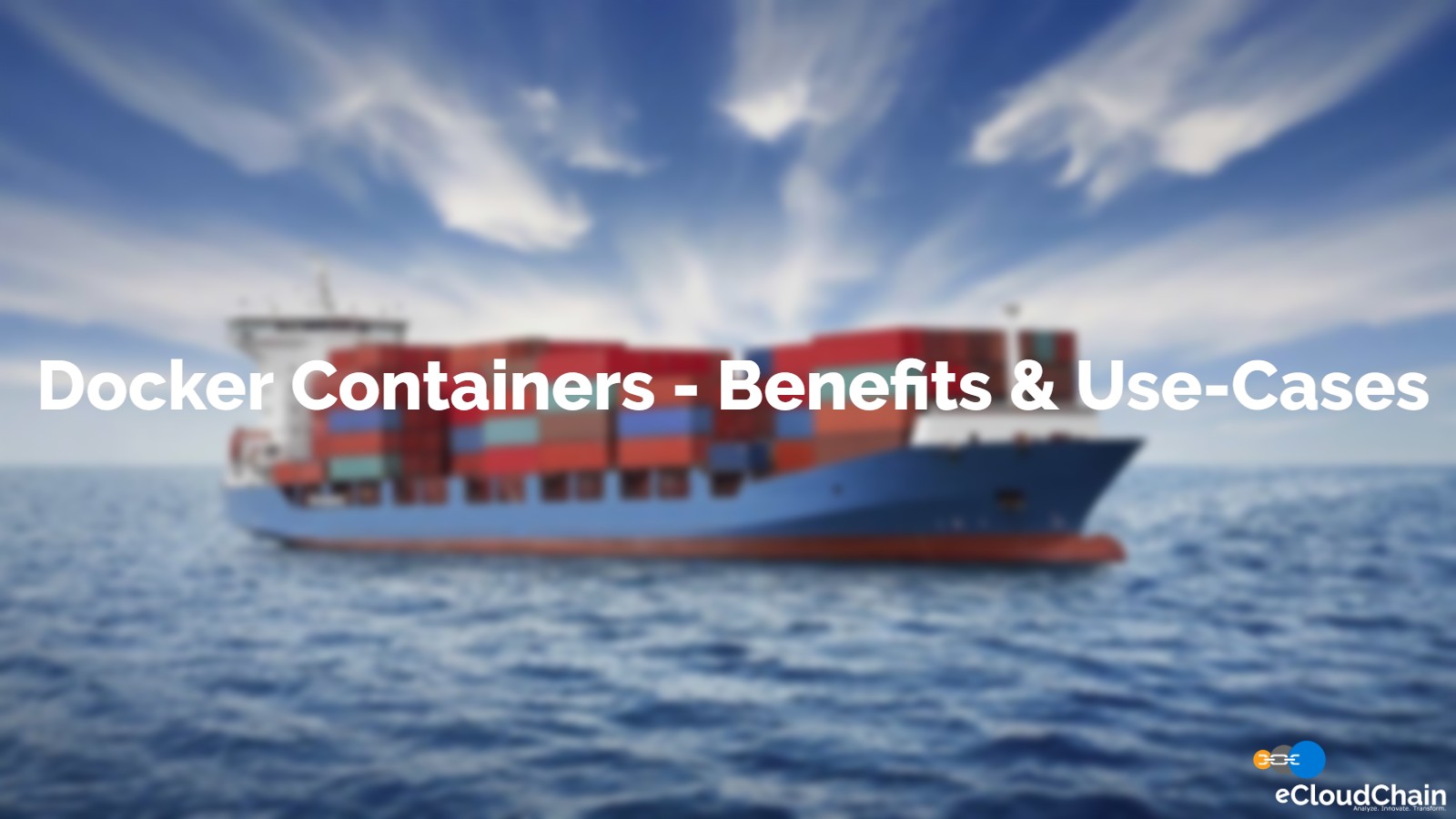 Docker Containers help the enterprise customers to build up their collection of pre-built binaries that can be shared and re-used for development and testing purposes. It has made it easy to perform extensive integration testing just by downloading the required binary images and have the containers running in minutes. This was very complex with the traditional virtualization techniques.

The Docker Container Benefits can broadly be categorized as follows :

To Save Time, Efforts and Money

Containers create an isolated abstraction layer which makes it easier for enterprise customers to migrate to the cloud without much dependency on the Cloud Service providers and switch back to on-prem servers if necessary.

Containers can easily bundle up the only necessary components that are required to run any Software like applications, libraries, configuration files, and binaries, This allows running the applications and software reliably when moved from one computing environment(such as on-premise servers) to another (such as a cloud environment) without requiring and code changes

Using containers it is easy to Migrate from the legacy infrastructure and build a more robust modern infrastructure that saves money and improves productivity.

Now there is a growing need for organizations to Migrate the applications to another location/server. Sometimes they run their development and test environments in a public cloud but deploy them to on-premises production servers and sometimes it’s vice-versa where development and testing is done on on-premises and workloads are deployed on the cloud. These types of migrations use-cases can easily be executed by using containerized applications using Docker Swarm or Kubernetes orchestration.

To Migrate Workloads into the Cloud

Containers are lightweight and faster since they do not require the full Operating System(OS) image but only the part of it that is required to run the deployed application. This leads to double-digit resource savings.

Secondly, Since the Containers are not tightly coupled with the host operating system, it saves time and money that usually goes into configuring servers, networking parameters, environmental variables, libraries, etc.

The Containers are self-contained with all the required dependencies for development, testing, and production environments that are consistent when the Containers are used and this also translates into immense cost savings because the maintenance of a consistent environment is much cheaper and easier using a small team.

Application Modernization is increasing worldwide. Legacy systems are hard to replace with the latest technologies due to complex dependencies.

These legacy systems are still in action since they carry various information and handle vital business processes of any organization. Using containers these legacy systems can be modernized without the need for complete replacement. Docker container is a unique technology because it focuses on the need of developers to separate application dependencies from the underlying infrastructure.

Docker container technology has made it easy to install the legacy software that has been traditionally difficult due to various software dependencies.

For example, NASA is using Docker Containers for the installation of its LIS(Land Information System) as a containerized application, and doing so has allowed them to access it to a larger group of users.

How Can We Help ?

Build your IT infrastructure on a monthly basis subscription model and avoid large expenditures and control your IT cost.. Know More...

Get Straight Into The Heart Of Your Data With Amazon Athena

Amazon Athena lets you query data where it lives without moving, loading, or migrating it. You can query the data from relational, non-relational… What Is A Cloud Managed Services Provider(MSP) ? Despite cloud adaption being the obvious trend, why do many companies still struggle when it comes to planning and execution of successful cloud migration strategies?..

Data Lake Solutions A Centralized Repository For All Your Your Data Needs Data is rapidly becoming an important asset for every organization. Today’s enterprises are

Accelerate Your Cloud Adaption in 2021